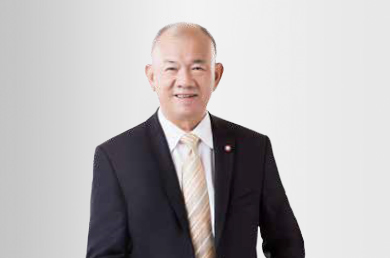 The Board of Directors of Golden Land Property Development PLC (“Company”) appoints the Company’s Audit Committee, consisting of 3 independent directors who are highly knowledgeable with years of professional experience in accounting, finances, laws, business administration and organizational management. The directors are well qualified to oversee the integrity of the Company’s financial reporting in compliance with regulatory requirements set forth by the Securities and Exchange Commission (SEC) and the Stock Exchange of Thailand (SET). The Audit Committee is currently comprised of the following members: Mr. Chainoi Puankosoom in his capacity as the Chairman, Mr. Udom Puasakul as the Committee Member and Mr. Chinnavat Chinsangaram as the Committee Member. However, Mr. Chainoi Puankosoom tendered his resignation from the Independent Director and Chairman of the Audit Committee on 19 September 2019. The Board of Directors appointed Mr. Udom Puasakul to serve as the acting Chairman of the Audit Committee, effective from 20 September 2019 onwards.

In 2019 (1 October 2018 - 30 September 2019), the Audit Committee summoned a total of four meetings for the purposes of reviewing the adequacy and effectiveness of the Company’s internal control systems, operational effectiveness, risk management, reliability of financial reporting and management, compliance with applicable laws and regulations, and the value protection of the Company and its subsidiaries’ properties and assets. The number of meetings attended by all members are as follows:

1 Mr. Chainoi Puankosoom resigned from the position of Independent Director and Chairman of the Audit Committee on 19 September 2019. Since Frasers Property (Thailand) Public Company Limited has acquired a majority stake of the Company, resulting in the Company is a subsidiary of Frasers Property (Thailand) Public Company Limited. Mr. Chainoi Puankosoom is also the Chairman and Audit Committee of Frasers Property (Thailand) Public Company Limited. Therefore, he cannot be the Audit Committee Member of the Golden Land Property Development Public Company Limited furthermore. Because it is against the rules regarding the qualifications of the audit committee as specified by the Capital Market Supervisory Board. The Board of Directors has appointed Mr. Udom Puasakun to act as the Chairman of the Audit Committee in the meantime, effective from 20 September 2019 onwards.
2Mr. Wanchai Sarathulthat was appointed to be the audit committee instead Mr. Chinnavat Chinsangaram resigned from Board of director and other Director of the Company on 17 April 2019 according to the resolution of the Board of Directors’ Meeting held on 10 May 2019

In 2019, the Audit Committee has successfully fulfilled its responsibilities as set forth in the Audit Committee Charter, harnessed knowledge and skills to deliver positive results and possessed an adequate degree of independence in the oversight of the performance of the Company and its subsidiaries. The Audit Committee was of the opinion that the Company and its subsidiaries has provided accurate and reliable financial statements in accordance with generally accepted accounting principles and ensured the adequate disclosure of information. In conducting connected transactions or transactions that may lead to conflicts of interest, the Company has enforced full compliance with the SET regulations and laws and ensured strict adherence to rules and procedures relating to the ethical conduct of business. Besides, the Company has adopted the adequate and effective risk management measures and good corporate governance practices as well as engaged qualified external and internal auditors with the highest level of independence and capabilities to enhance the appropriateness and effectiveness of auditing and internal control systems.